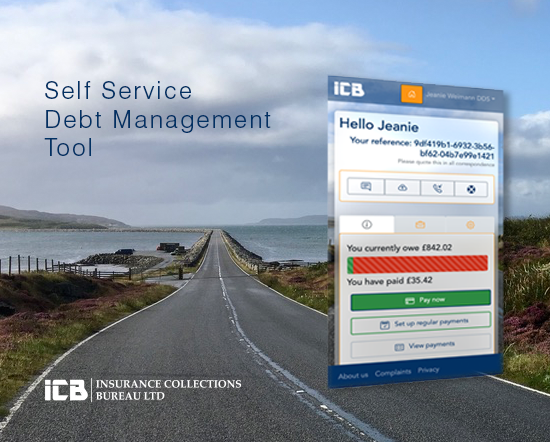 Requirements:ICB needed a way for debtors to be able to manage their debt online. They had a good idea of the features they wanted and had made a start on creating an API that integrated with their existing debt management system. After some discovery we agreed that the app would need the following:

Challenges:We were setting out to build an app that no one wants to use, that is an interesting and challenging prospect! It would have to be both visually appealing and easy to use on desktops, tablets and phones.

Certain features such as document submission had to be designed such that they worked well whether the user was using their computer or their phone.

Solution:
Our first task was to comprehensively review each feature requirement and produce an interactive wireframe for the client review. We did this using Adobe XD. Using XD lets us quickly build all the user interactions and screens that a user might encounter in order to accomplish each task and share them with stakeholders. We also used XD to explore the visual design of the app. ICB could get involved in the evolution of the look and feel at an early stage in the project.

Having got a firm sense of what we were building we translated the designs and wireframes to a Single Page Application built in Vue.js (with Vuex). ICB developed the API in tandem using the wireframe use cases as a point of reference. The result was that we could rapidly implement the designs for acceptance by ICB and where we needed to make adjustments we could in a classic ‘Agile’ way.

Copyright © 2010-2020 Code Vanilla Ltd
All images are copyrighted to their respective owners.